After my divorce, I had a hard time having dreams and goals for my life. I couldn’t devise what concrete things I wanted to accomplish or do. Eventually, I settled on writing a list of traits I wanted to have (because then I could make mini-goals in service of em). One of those traits is bravery. And one of my guiding stars in trying to be braver is this quote from Catherynne M. Valente:

When you are born . . . your courage is new and clean. You are brave enough for anything: crawling off of staircases, saying your first words without fearing someone will think you foolish, putting strange things in your mouth. But as you get older, your courage attracts gunk, and crusty things, and fear, and knowing how bad things can get and what pain feels like. By the time you’re half-grown, your courage barely moves at all, it’s so up with living. So every once in a while, you have to scrub it up again and get the works going, or else you’ll never be brave again.1

I try to scrub up my courage on a semiregular basis. But scrubbing up your courage doesn’t mean doing things that scare you just because they scare you. If you disregard fear for no reason at all, you’re not brave: you’re stupid.

The Purpose of Fear

Fear serves a function. It exists to give you warnings and keep you safe (I mean, do we really need to be crawling off staircases?). How well it does that varies by person and situation. Sometimes our fear is rooted in trauma responses or poor coping mechanisms. As we grow and learn new tools for being adults, we need to leave those mechanisms behind–they’ve become some of the crusty things that keep our courage gummed up.

It can be difficult to tell when fear is doing its job of keeping you safe and when it’s holding you back. The best method I’ve found is spending a lot of time getting in touch with my priorities.

The Priorities for Courage

At the end of the day, some things are more important than being safe. Scrubbing up courage requires spending time thinking about what those things are for you.

Maybe it’s finding love. Maybe it’s learning something new. Maybe it’s the possible reward of building a business or applying for a new job. Maybe it’s the hope of the better sort of relationship (familial, friendly, or romantic) that can come from being honest about feelings, fears, and follies.

None of those things can come without risk, without danger. But a lot of times, they’re going to be more important than being safe.

The Habit of Bravery

That’s walking the line between stupid and brave.

Every month or two at least, I try to do something that terrifies me but is aligned with one of my priorities. This helps me get over some of my fears–fewer things are scary now. Sometimes what I’m afraid of never materializes; sometimes what I fear happens, and I find that I’m still standing at the end of it.

But I’m less interested in not being afraid I am in getting used to the feeling of doing important things even though they scare me. I know “how bad things can get and what pain feels like,” and I’m never going to unlearn those things.

But I can keep my courage scrubbed up, well oiled, and fully polished. Fear alone doesn’t get to set the limits on where I can go and what I can accomplish 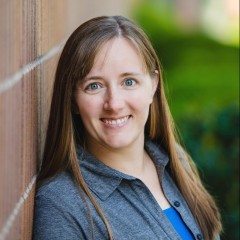 Kristy G. Stewart has been editing and designing publications for over a decade. When not neck-deep in stories, she raises two small humans (and assorted animals), kayaks, cooks, and practices krav maga.

« Lessons in Faith, Hope, & Charity from the Book of Mormon
The Forgiveness of Molly Grue »